Admittedly, I don’t have a fresh mindset going into Borderlands 2. I wish I did, but I’ve played this game numerous times since its release. It is hard for me to give my straightforward impressions since I am already so familiar with everything in Borderlands 2. This should be a testament to how much I enjoyed the game. I rarely replay games, but I’ve played Borderlands 2 about five times. Even after a couple of single-player campaigns as well as a few co-op playthroughs I still never grew tired of Borderlands 2. With Borderlands 3 finally being released, I think it is time for me to finally let one of my most played games rest. 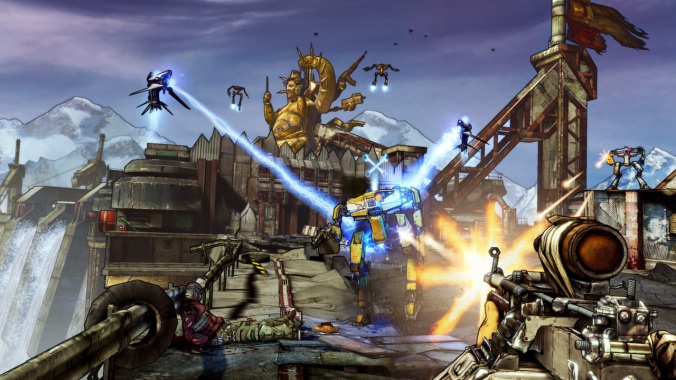 Playing the first Borderlands has made me appreciate the sequel with at least a little of a fresh perspective. The original game invented the looter-shooter genre, but Borderlands 2 perfected it. The general formula is the same as the original game: you play as an intergalactic treasure hunter, blasting your way through desolate wastelands to reach a mystical vault. There are 4 different vault hunters to choose from, each with their own abilities and skills to upgrade as they level up. Of course, to reach the vault the player must shoot their way through hordes of bandits, alien creatures, and deadly machines. 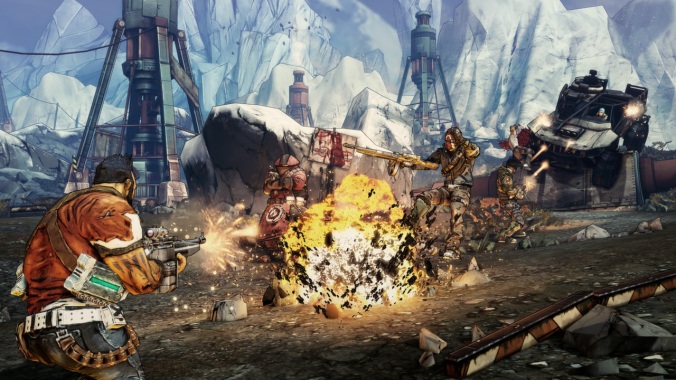 Unsurprisingly, Borderlands 2 is tangibly more modern than its predecessor. Visually, Borderlands 2 holds up superbly. The classic comic book style is striking and remarkably distinguishable. When you see a screenshot of Borderlands, you know its Borderlands. While I felt like the environments of the original game were an amalgamation of shades of brown, the world of Borderlands 2 pops with vibrant colors and varied areas. Most importantly, Borderlands 2 just feels better to play than its predecessor. Movement is less sluggish, the weapons are more responsive, and there are far less technical issues. It cannot be understated how important it is for an FPS to have guns that simply feel powerful. The sounds, animations, enemy reactions, and immediate feedback all contribute to having weaponry feel impactful. Additionally, my Borderlands playthrough was plagued by technical issues like bugs and crashes. Thankfully, Borderlands 2 performs consistently and cleanly compared to its ancestor. 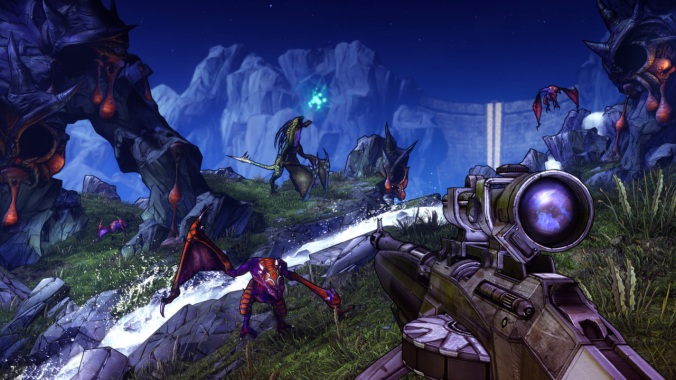 Looter shooters live or die on their loot system. When loot is weak or infrequent, the player can feel like no progression is being made. Conversely, overly powerful or abundant loot can lessen the impact of those moments where you get something really special. Borderlands 2 strikes a nice balance which the original game did not. The original game’s loot was heavily randomized: fodder enemies could drop top-tier loot, but most of the time you just got garbage. While Borderlands 2 cut down on the player’s odds of getting great loot from random enemies, instead the game doles out more consistent loot at obvious intervals. Doing side quests and defeating bosses is the single most reliable method of getting new and exciting guns. I much prefer this system over farming numerous weak enemies for a tiny chance at a new piece of equipment.

Borderlands 2 is legendary partly due its characters and story. As you traverse the planet of Pandora you encounter various factions vying for control. At the head of the conflict is Handsome Jack, a cruel and vindictive business man. His ultimate goal is to open the vault and harness the power that is held within. As the vault hunter, the player is obviously at odds with Handsome Jack. As you ally with the locals at the town of Sanctuary, Handsome Jack is prepared to do anything to take you and your associates down. It cannot be understated how iconic of a villain Handsome Jack is. His genuine belief that he is the “good guy” makes him a compelling nemesis, willing to do anything to succeed.  There are many returning characters from the first game, including the playable vault hunters from that expedition. I absolutely loved seeing how the protagonists from the first game played a key role in the narrative of Borderlands 2. 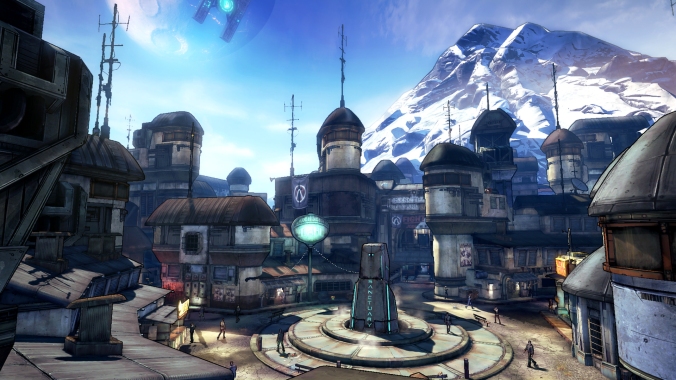 While known for its bombastic sense of humor, Borderlands 2 is hit or miss in the writing department. Every character is an over the top caricature, equipped with heaps of jokes. Unfortunately, many of the jokes fall completely flat. Now, this is partially due to when the game was released. In 2011, the internet was full of outrageous “random” humor which Borderlands 2 heavily leans into. It may be unfair to judge the ridiculousness of Borderlands 2, as it was a product of its time. Still, it feels like the writer’s were trying to hard to pack in a million gags, and I wish it had been dialed back a bit. Despite it being a defining feature of the game, much of its humor has not aged particularly well.

Ultimately, I think Borderlands 2 was a revolutionary game which blew open an entire genre. Looter shooters have become increasingly popular over the years, but Borderlands 2 holds supreme. The bombastic action, variety of characters, plethora of guns, graphic art style, and wacky dialogue certainly makes this game unique. I’ve played this game numerous times since its release, and it will always remain as a classic in my heart.