Despite never owning a PS Vita, I’ve always been interested in playing Gravity Rush. The game was recently remastered for the PS4 and as a result I finally got the chance to play it. While I did end up enjoying the game a fair bit, its handheld origins are glaringly obvious. Gravity Rush is carried by its characters, unique setting, and thrilling concept. Unfortunately, much of the game is repetitive and becomes tedious near the end of a playthrough. 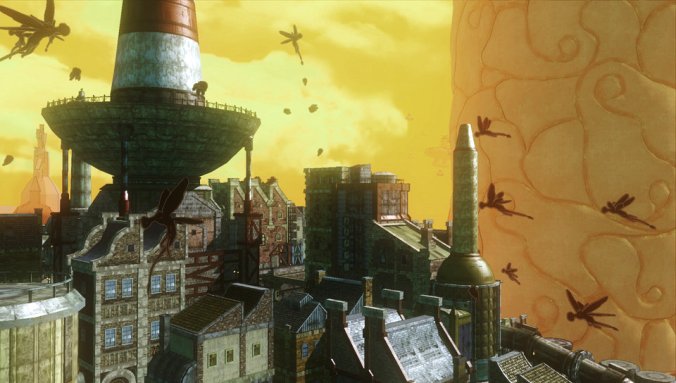 The primary word I would use to describe Gravity Rush is endearing. The main character, Kat, is a bubbly girl with a penchant for helping people. She wakes up in a park with amnesia and a mysterious feline companion. She gains the power to shift gravity in any direction that she wants for a short period of time. The general plot to the game is that Kat uses her newfound powers to assist people around town and to learn about her mysterious past. What I find so charming about the game is Kat herself. While her naivete often lands her into trouble, Kat’s peppy personality makes her a lovable hero. 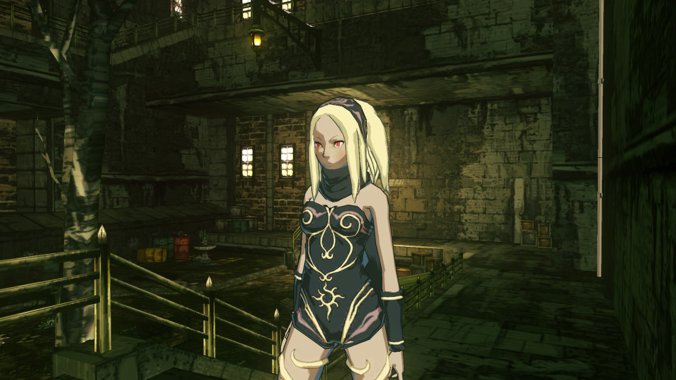 The bulk of the game’s story and dialogue is given in comic book style. This was a brilliant decision since handheld consoles have inferior hardware, so cutscenes and animations often look flat. The comic book presentation instills tons of personality and soul into the characters. The world itself is a flying steampunk city with a focus on urban French architecture. Using Kat’s gravity powers to fly through the streets is a blast. Changing the direction of gravity is an interesting gimmick that stands out from standard superhero tropes. Initially, I thought constantly shifting gravity was going to be disorienting, but Gravity Rush manages to mostly maintain playability. Occasionally it can be slightly confusing when you lose track of which way is up, but for the most part playing with gravity is a fun and engaging prospect.

The core gameplay loop in Gravity Rush is exploring the city and completing story quests and optional challenges. Unfortunately, this is where the game starts to get a bit repetitive. The only things that the player will be doing is flying from place to place and engaging in combat. The flying is fun, but it’s not enough to carry an entire game. Conversely, the combat is extremely limited and is a majority of the gameplay. Kat has 4 categories of attacks: standard kick, gravity kick, throwing items using gravity, and special attacks. The standard kick is nearly entirely useless as it does low damage and only works on grounded enemies. Launching projectiles can be fun, but it relies on projectiles being readily available which is not always the case. The special attacks have long cooldowns so they don’t see much use in general. That leaves the only reliable tool in combat to be the gravity kick, in which Kat launches herself at enemies using gravity.

Not all games need ridiculously complex combat systems, but if a bulk of the gameplay revolves around combat, there needs to be more than 1 attack. The gravity kick can be fun at first; hurdling across the screen to slam into an enemy is fairly satisfying. But it grows quite stale when it is all you will be doing for dozens of enemy encounters. Moreover, the gravity kick can actually be a little frustrating in some circumstances. Occasionally, the enemy will move at the last second and the gravity kick will completely whiff. This leaves the player barreling past the intended target and requires you to reorient yourself to even attempt the attack again. Furthermore, the gravity kick is interrupted anytime Kat takes damage. This is troublesome when flying at enemies who shoot projectiles. Since the kick only travels in a straight line, walls of projectiles can be impossible to navigate. 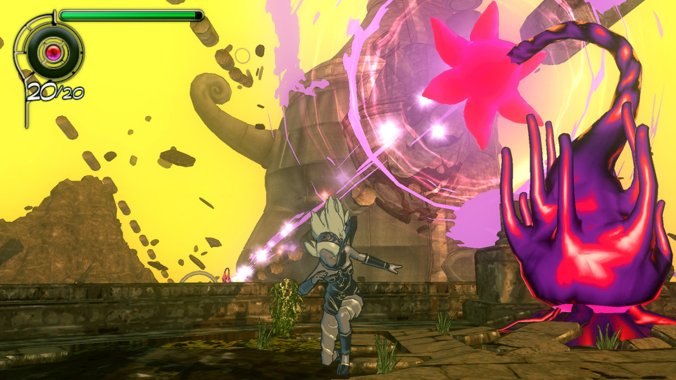 The challenge missions can give a decent break from the repetitive nature of the story missions, but they also lack much needed variety. Every challenge is a time trial of some sort. Mostly these consist of using your gravity powers to complete a race in a certain amount of time. There are also combat trials that require to defeat the enemies in an allotted time. There isn’t much variety here, and the gameplay in these trials suffers from the same repetitiveness as the rest of the game. The reward for completing these challenges are gems which can be used to upgrade your health, damage, speed, or time that gravity can stay shifted. 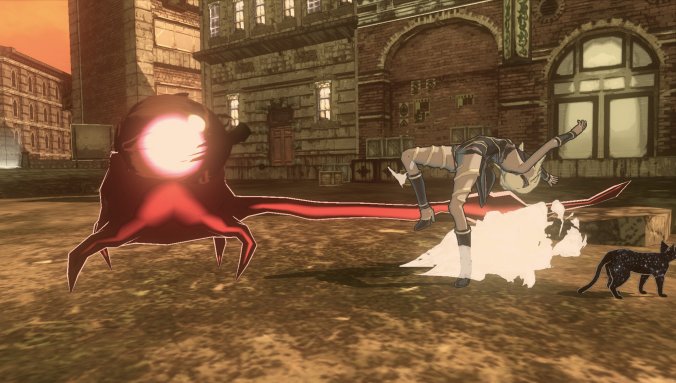 Lastly, despite having a great main character, the rest of the story is all over the place. There isn’t an overarching plot other than Kat’s desire to learn about her past. The rest of the story is split into a bunch of subplots which are barely connected. Everything is cryptic and vague, and no questions are answered. It feels like the game is obviously setting up for a sequel. I’m completely fine with bizarre and ambiguous stories, and Gravity Rush constantly teases some interesting ideas. Unfortunately, none of these plots are carried to a satisfying conclusion and the entirety of the story felt unfinished.

It is undeniable that Gravity Rush oozes charm. Despite being a game originally made for handheld consoles, its ingenuity and characters make it a joyful experience. I wholeheartedly wish that Gravity Rush included far more variety. In all facets, Gravity Rush is a fairly shallow game. The overreliance on combat when there are ridiculously few options to attack is what causes the game to grow stale. Alternatively, some collectathon aspects could have been implemented to make the world more interesting to explore. To be entirely fair, I am judging Gravity Rush as a home console game when it was originally a handheld title. I want more of the world and characters of Gravity Rush, and I hope the concept of shifting gravity is greatly expanded upon in the sequel. Overall, it’s an endearing game, but the repetition and tedium drag the experience down.