Braid is an independent puzzle-platformer that has received critical acclaim and is lauded as one of the best indie games ever. It may have showed that indie games can be massively successful and inspired many games to follow it, but I was not incredibly impressed by Braid. As a puzzle-platformer, it utilized some great puzzle concepts. Unfortunately, it’s imprecise platforming and pretentiously presented story weighed down the rest of the game. 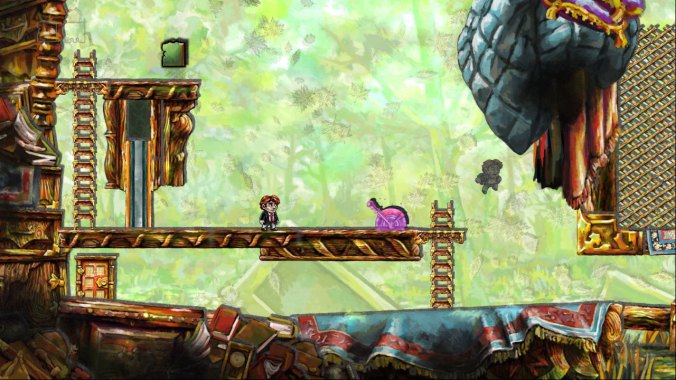 The entire existence of Braid is focused on the idea of time manipulation. Instead of retrying a level when you die, you can rewind time to the point when you messed up. Furthermore, there are 6 worlds in Braid, each changes the time manipulation in a significant way. These changes greatly alter the mechanics and allow for sets of creative puzzles. Each world focuses on the new idea that it introduced and builds its levels around that idea. As the player traverses the levels, they must solve conundrums using time manipulation to collect puzzle pieces. The player puts all these pieces together to unlock the final world of the game. 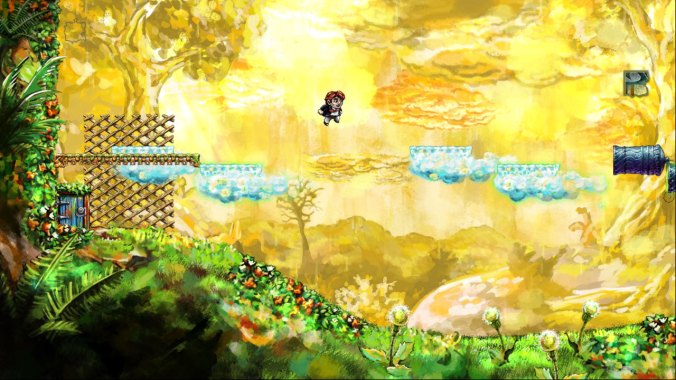 I quite liked that you could essentially skip a puzzle piece if it was causing frustration and come back to it later. A few times I had trouble grasping a mechanic so I skipped ahead and came back to a tricky puzzle after I better understood the mechanic. The one minor issue I had was that when introducing a new mechanic, the properties were not explained through gameplay before moving into tougher puzzles. A few times I got stuck on a puzzle because there was some feature I was missing. If there was an introductory level in each world to show the player how the new mechanic functioned this issue would be avoided.

Braid is a puzzle-platformer, and while the puzzle aspect is fantastic, the platforming aspect is lackluster. The controls feel fairly clunky and inconsistent at times. Jumps are kind of floaty, hitboxes don’t line up with models, and momentum just feels off. Luckily, there weren’t many times in game in which precise platforming was needed. The strangest part of Braid is its narrative and story. Most of the games story is told through cryptic text which feels meaningless. There is 1 moment at the end of the game that was brilliant, but that was it. Braid was definitely trying to get across some meaningful message, but using vague text with no obvious meaning just felt pretentious. 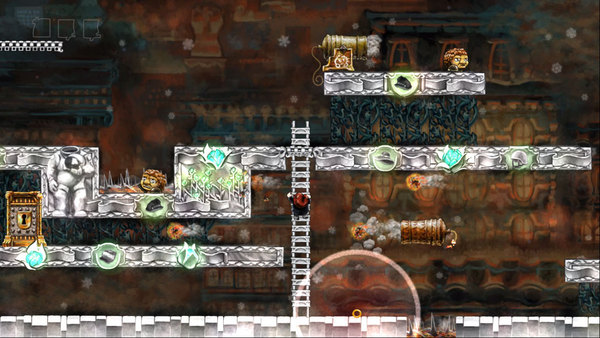 While I appreciate the importance of Braid as an indie game, I do think it is slightly overrated. It is a wonderful puzzle game, but unsatisfying platforming and a cryptic story do hurt the experience. The puzzles are phenomenal and immensely creative. Braid utilizes time manipulation to the fullest. Braid is a short, brain-churning puzzle game, and it is definitely worth a play through.