Turn-based games are fairly decisive, you either love them or you hate them. I tend to be in the “love them” camp, and many of many favorite series are turn-based and strategic games. XCOM: Enemy Unknown is a reimagining of the 1993 turn-based game X-COM: UFO Defense. The purpose of XCOM: Enemy Unknown is that the world has been invaded by aliens, and the player is put in charge of a worldwide organization to combat the alien threat. You oversee everything, from building your base and recruiting new soldiers, to making sure every country is safe and supports you, to commanding the squads during missions, every minute detail is a decision made by the player. XCOM: Enemy Unknown seamlessly combines two aspects: turn-based combat and base management. Both aspects revolve around each other and create an addictive feedback loop.

Much of the gameplay of XCOM: Enemy Unknown is turn-based combat, in which you field a small squad of your planetary defenders against an unknown alien threat. Much of the time you are raiding UFOs that crashed, but you may also assault alien bases or simply defend cities and their denizens from being abducting. You have four different classes at your disposal: Heavy, support, assault, and sniper. As you train up your soldiers, they will progress along their paths and gain new abilities and talents to use in combat. Of course, aliens also get more threatening as time moves forward. After every mission, you will bring in a haul of resources from the defeated aliens, allowing you to research and reverse engineer the foreign technology. Allowing your own soldiers to field plasma rifles and other alien gadgets. This progression loop is immensely satisfying, you complete a mission, use the loot to upgrade your weaponry and base, and bring that new technology out on the next mission. Strategically maneuvering against opponents is not the only aspect of XCOM: Enemy Unknown, as there is also a solid base building facet.

Similarly to how you upgrade your weapons, your main base will also become more advanced as time progresses. You must build laboratories, workshops, satellites, and power generators to keep up with the alien threat. Furthermore, you must strategically decide which missions to tackle, as often times you will be forced to choose which country to assist. You must attempt to keep every area at a low level of panic, or else they will drop their support for your project. Managing these different panic levels is crucial, and the player has to weigh the benefits and drawbacks of every choice. You also choose what to research and build, and doing these things takes a lot of time, so you must choose wisely to maximize your effectiveness. Outside of the base building and combat, XCOM: Enemy Unknown does not offer a whole lot, but that’s okay. The story is serviceable, it’s a pretty standard alien invasion story. XCOM: Enemy Unknown is what it is, which is a tactical turn-based game with base management aspects. 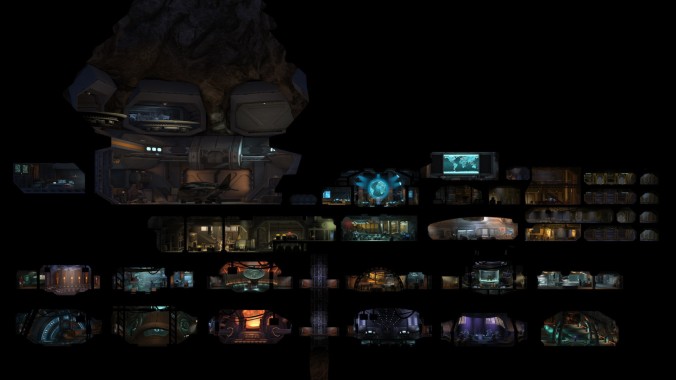 There are a few key issues that I have with this game, the first being the randomness. Almost every turn-based game uses some form of a random number generator (RNG) to keep the player on their toes and create a different experience for every player. XCOM: Enemy Unknown is widely known for being very frustrating in this aspect, as a couple of bad dice rolls can lead to the death of a soldier. I’ll admit, I probably just have a personal vendetta against the RNG in this game as I have literally missed what was displayed as a 100% hit (turns out hit percentage is rounded up, so I only had a 99.6% chance but it was displayed as 100%). The frustration for me stems from the fact that it is very easy to get attached to your soldiers, and most players will probably have around 10-15 super soldiers that they rotate in and out of missions. Losing one of those guys on a .4% chance is infuriating. I would have preferred it if the game encouraged you to keep a much bigger group of usable specialists, because losing one guy out of fifty is not a big deal but losing one out of ten is. 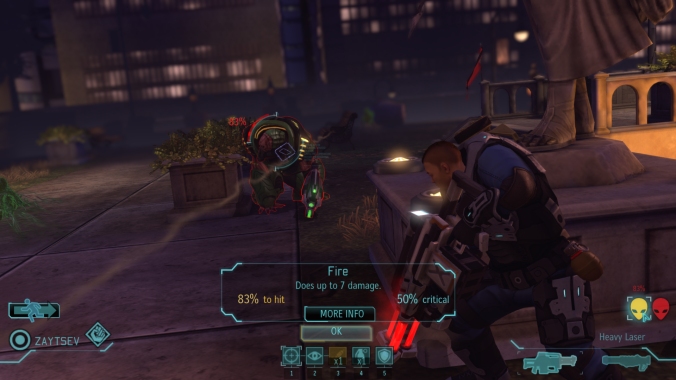 The other issue is that RNG is always going to feel bad, but there are plenty of ways to make the player not resent it so much. Modern Fire Emblem games for example use a system called “true hit” which, without going into mathematical details, make the chance to hit a target higher than what is actually displayed. For example, what is shown to be a 70% chance in Fire Emblem is more like an 82% chance. Another solution is to use “pseudo-RNG”, which would increase the odds of hitting subsequent attacks if you missed a high hit chance. The purpose of implementing either of these systems is simply for user experience. The developer should want the player to not absolutely abhor the RNG, as it can lead to rage-quits and a lot of anger. Furthermore, too many random odds in a tactical game like this will inevitably lead to a few select players getting absolutely screwed by the RNG. 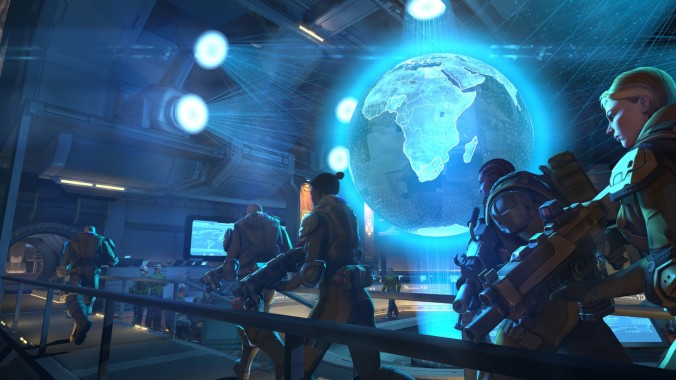 Other than the randomness, there were a few other problems I had with XCOM: Enemy Unknown. The first being the lack of objectives in any given mission. The goal in most missions is simply to kill all the enemies, which is a fairly boring task and does not give the player a whole lot of incentive to innovate tactically. Also, aliens just wander aimlessly because they have no objective to defend. My favorite missions in the game were the ones in which you fought other human forces who are attempting to hinder you. In those missions, the player must either defend an encoder with secret information from the enemies, or you must hack the enemies’ encoder to obtain their information. In both types of these missions there is some sort of objective where all the action will be centered around which make the maps far more engaging. Implementing some sort of goal in every mission would go a long way to make missions more interesting and diverse.

Furthermore, adding mission objectives would also alleviate the next issue, which is that the game is often just way too slow-paced. Because of the aforementioned randomness, the player must play extremely carefully as to not make costly mistake. The optimal strategy is to slowly creep forward a few tiles per turn until you reveal group of aliens through the fog of war. Once revealed, these aliens will automatically move to cover and be free to blast you on their next turn. The player is encouraged to move in a way that will reveal these enemies at the start of the turn, and then have all the rest of your soldiers follow up immediately to kill the aliens as to not give them a single action. Maps can be fairly large and your squad never gets bigger than six, and you are not going to split them up to cover more ground as that is an unnecessary risk. The player is left to slowly sweep a large area searching for the last aliens to exterminate. It can get fairly boring and respective after a while.

As a whole, XCOM: Enemy Unknown is a solid tactical turn-based strategy game. It definitely has major flaws that I hope are addressed in future titles. While the missions and base building can be addictive, there are a few things that need to be fixed. Slow and repetitive missions, no objectives, and the random factor of the game are the major issues that I would like to see fixed in the future. Hopefully, the next XCOM game can build upon the franchise and improve upon the foundation that XCOM: Enemy Unknown established.