It is no surprise that while Dark Souls is heralded as one of the greatest games of all time, its successor, Dark Souls II, was a let down in numerous regards. Less focused combat, incoherent world building, and less interesting bosses were my biggest gripes with Dark Souls II. So, the big question when starting up Dark Souls III was if it would return to the series former glory, or follow in the footsteps of the disappointing sequel. Personally, I think that Dark Souls III does mostly return to the successful style of the original game, but there a few key differences between the games. 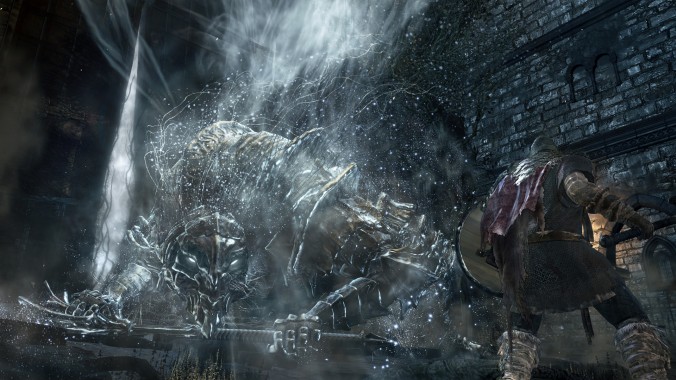 Dark Souls III is more a direct sequel to the original than Dark Souls II was for a multitude of reasons. The first reason is that Dark Souls III is set in the same world as the original, granted that it is very far into the future. This highlights the cyclical nature of the Dark Souls lore, and watching how the world evolved and noticing the references to the past was something that I really enjoyed. That being said, I feel like there was almost too much reference to the past titles. A well placed and constructed reference is incredibly appreciated, but the game constantly saying “Hey remember this?” in essence can grow grating. In any case, Dark Souls III is the end of the series, and I felt like it did a phenomenal job ending this historic series. The final boss in the base game ties the games together brilliantly, and truly helped me understand the cycles of the Dark Souls universe. The DLC of Dark Souls III really finishes off the series by revealing what the “Dark Soul” even is and why it is important. Both of the final bosses (the base game and the DLC), are incredibly somber and profoundly sad, and are extraordinary ways to end this storied series. 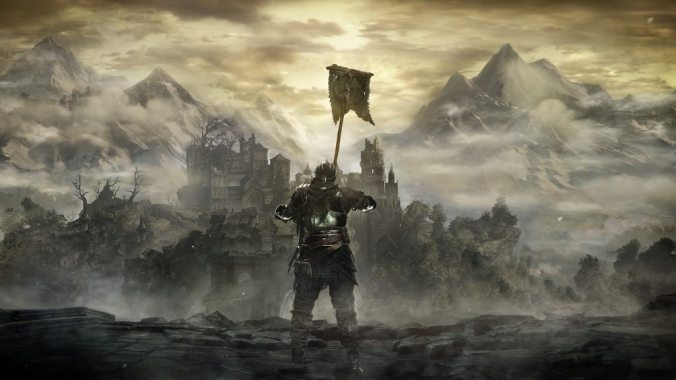 One of the most important aspects of Dark Souls was its atmosphere and world building. Dark Souls III also continues in this trend, by creating a quintessential dark fantasy world. Despite the fact that many of the areas of Dark Souls III are just future versions of areas from the original game, they are changed enough that you cannot entirely recognize them. Furthermore, there a plethora of completely new and visually interesting areas. However, there are a few complaints that I did have with the world of Dark Souls III. One minor complaint I have is that some of the areas were just kind of forgettable and uninteresting. The swamps and forests in particular are just kind of dull and we’ve seen enough of them in the series. This isn’t a huge deal because the majority of the game is made up of far more interesting areas. The major complaint I have is that the world just is not interconnected enough. The individual level design is great, as it bases itself off of the design of the original game. But there is not a sense of connection between these areas. There is no sense of verticality or a tight-woven world like the original game. Every area is just fine in and of itself, but there needs to be more connection between these areas. This may be due to the fact that teleportation between bonfires is available from the very start of the game. Similar to Dark Souls and Dark Souls II, once teleportation is available, the interconnectedness of the world is sacrificed. There is no need to carefully craft a world when a player can just teleport where ever they want.

The final aspect of Dark Souls III is of course its gameplay. Combat Dark Souls III is decidedly faster than the original Dark Souls. It does not fall into the same traps of Dark Souls II (too many enemies and boring bosses), but it is very different than the original game. There are 3 reasons for this additional speed in combat: low poise, high stamina, and faster animations. Poise is the stat that controls when the player/enemy is hit, if they get briefly stunned. High poise means that you can eat an attack from an enemy and not have it stop you dead in your tracks. Both the enemies and the player in Dark Souls III have very low poise. When you hit an enemy, you can easily chain together hits until they are dead with no chance from recourse from the enemy because they are stunned. Of course, this means that the enemies can do the same to you, if you get hit once there is a good chance you are going to take a lot of damage. High stamina means that the player can spam rolls and attacks with little thought. In previous titles, if you rolled too much you wouldn’t have enough stamina to attack and vice versa. This is not something that the player has to worry too much about in Dark Souls III, which is a bit of shame considering that careful stamina usage was such a vital part of the combat in Dark Souls. This in essence reduces the risk and reward system that Dark Souls combat is centered around. Finally, the animations of all actions are reduced in Dark Souls III. The windups for attacks and rolls are shorter, and the delay at the end of these actions is also shorter. You are no longer locked into long animations, but on the flip side the enemies also move a lot faster.

As a whole, these three factors combine to make combat a lot faster than its predecessors. This is not inherently a bad thing, it is just a different playstyle. However, in the context of the series I would argue that this is a downgrade in combat. Combat in the original game was more deliberate and stylistically made more sense. Dark Souls III feels more reaction time based, while the original Dark Souls required more careful decision making in combat. I will say that this faster combat does allow for some very memorable and creative boss fights. The vast majority of the bosses of Dark Souls III are incredibly engaging. The combination of the wild combat and creative visuals make for some remarkable bosses. 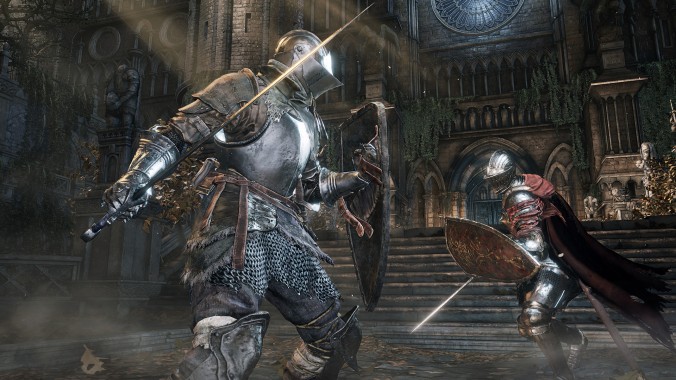 Another factor of note is the change in how the healing item, the Estus Flask, works. As I mentioned in my piece on Dark Souls, the Estus Flask may be the single most important factor in why Dark Souls works so well. It keeps combat and exploration forgiving enough to give you room for some errors, but at the same time rewards the player for mastering a boss fight or entire area. The Estus Flask in Dark Souls III functions very similarly, but with two key differences. The first being that you can discover Estus Shards and Undead Bone Shards across the world through exploration. These items will increase the total amount of Estus Flask charges and how much those charges heal respectively. I like this as it rewards exploration and adds an extra layer of character power and progression. The only issue is that I feel like you almost get too many Estus Shards, so by the end of the game you can have around 10-15 charges of Estus, compared to the base 5 from the original game. This is almost too forgiving, I wish these Estus Shards were harder to come by. The second change is adding a second Estus Flask for focus points, which is essentially your “magic” bar. You must delegate your total Estus Flask charges between the original health based Estus Flask and the new magic Ashen Estus Flask. This may be why there are so many Estus Shards, so that players who want to use magic can have enough for both healing and magic usage. But players who don’t use magic will have an overabundance of healing Estus. Again, I liked exploring and upgrading my character, but I wish they toned it down a bit.

Is Dark Souls III as magical as Dark Souls? I don’t think so. However, Dark Souls III is far more consistent in its execution than the original. Less careful world design and less deliberate combat are the biggest issues I have with Dark Souls III, but it is still an excellent game. It was a perfect way to finish off the series with its gloomy themes and atmosphere. Intense and memorable boss fights combined with visually stunning areas make Dark Souls III a game worth playing. For these reasons I give Dark Souls III 9/10. Dark Souls III is an essential title for any fan of the Soulsborne series, or just fans of role-playing-games and fantasy worlds alike.